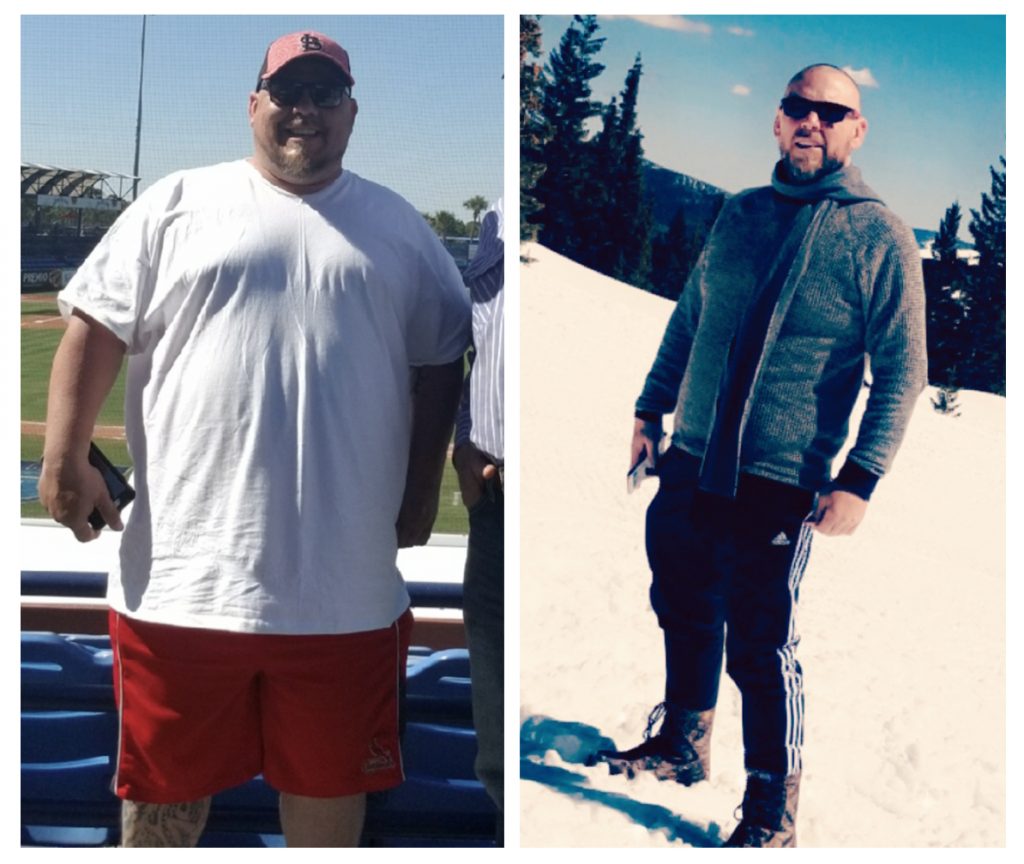 Michael Wells, by his own admission, didn’t overindulge himself on food, but his inactivity caused him to continuously put on weight. His job in the car business kept him on the road, so he said it was hard to find time for exercise.

It wasn’t until he saw a photo of himself and a friend at a baseball game in Florida that he realized how much weight he had gained.

“I never realized I was that big,” Wells said. “Taking that photo … that’s when I saw myself and realized it.”

On the flight back, Wells struggled to put his seatbelt on, causing his friend to tease him about his size. In that moment, Wells vowed to himself that he would speak to his primary care physician about options to help him shed the pounds.

Two months later, after consulting with his doctor and being referred to bariatric surgeon Dr. Christopher Finnell with United Regional Physician Group, Wells was set to undergo a laparoscopic sleeve gastrectomy.

Wells admitted he was nervous going into the surgery – the first one he’d ever had – but said the process was easier than he ever imagined. He had the minimally-invasive procedure on Tuesday morning, was out of the hospital on Thursday morning, and went back to work on Friday.

Since undergoing the lap sleeve gastrectomy, Wells has far exceeded anyone’s expectations, even his own. He said, ““I never expected these kinds of results. I just feel blessed. It’s night and day. I had a hard time staying awake on the road; I also had to wear a sleep machine at night, but I don’t have any of those issues now.”

Wells said he went from weighing 320 pounds on the day of his surgery to 197 pounds on the one-year anniversary. He’s also dropped from being a 4XL to XL in shirt size and has gone from size 42 pants to fitting into size 32 pants.

“Looking back, I can’t wrap my mind around the fact that I was that big. I just never felt that big,” Wells said.

For those contemplating about asking a doctor about weight loss options such as the lap sleeve gastrectomy, Wells said they definitely should at least start the conversation.

“I think everybody is different, but I would for sure recommend it. I’ve had friends who have done it since I have,” he said. “If you’re looking, you have got to check it out. Go for the consultation.”

Learn more about the lap sleeve gastrectomy by visiting https://urphysiciangroup.org/services/bariatric-surgery/, or call (940) 764-5400 to schedule your consultation.